Albertans could witness a cannabis retail boom over the coming weeks as the provincial government expects more than 100 stores to be operating by mid-November, but the aggressive roll-out has left some industry watchers wondering whether the province will have enough supply to meet demand.

While most provinces ushered in the legalization of recreational cannabis with a handful of stores on Wednesday, Alberta saw 17 private retailers open their doors. In the two days since then, a further ten stores, most of them in Calgary, have been licensed by the provincial regulator.

The speed of Alberta’s cannabis retail expansion is unlike that forecast by any other province. To the west, B.C. has opened only one government-run store in Kamloops and is currently eyeing two more locations in the city, that can be found in the province’s Interior. Ontario expects no brick-and-mortar stores before next April, while Quebec’s government monopoly had 12 stores open on Wednesday, and expects up to 160 outlets within three years.

“This is the starting point, not the finish line. We will have many more retailers licensed in the coming weeks across Alberta,” Alain Maisonneuve, the chief executive of the Alberta Gaming, Liquor and Cannabis Commission (AGLC), said earlier this week. Along with regulating cannabis in Alberta, the government agency serves as the province’s wholesaler to stores. “We expect anywhere from 80 to 100 licences being issued over the next month.” 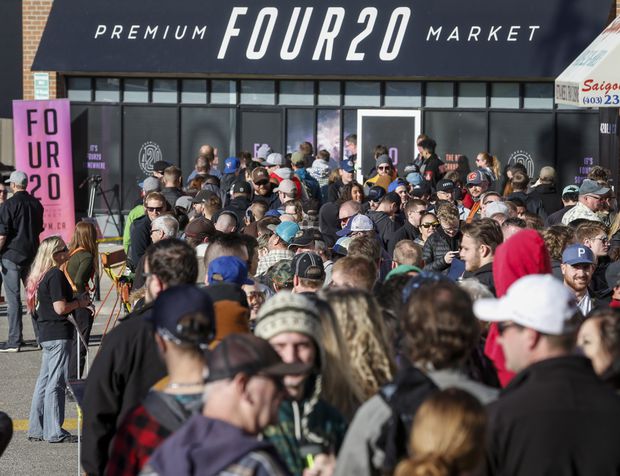 Mr. Maisonneuve said he expects 250 stores to open within the first year of legal recreational cannabis.

Realtor Karen Barry now has a license to operate a cannabis store near Calgary’s trendy Beltline neighbourhood. After months of frustration with licensing, insurance, city bylaws and getting her store ready, she now says she’s only missing her first shipment of cannabis to open.

“We are ready, willing and able to open our doors. It’s just a fulfillment issue at this point,” she said on Friday. She’s sent her first order to the AGLC and hopes to be in business soon. Long lines with hundreds of people persisted outside of Calgary’s two cannabis stores over the first 48 hours after legalization.

The province’s two decades of experience selling alcohol through private retailers − cannabis is now being sold in a similar way to liquor and regulated by the same government agency − accounts for Alberta’s speed getting private stores licensed and open, according to James Burns, the CEO of Alcanna Inc., formerly Liquor Stores Inc. As the largest private retailer of alcohol in Canada, operating 230 stores, Alcanna has now opened five cannabis stores in Alberta, under the Nova Cannabis banner. 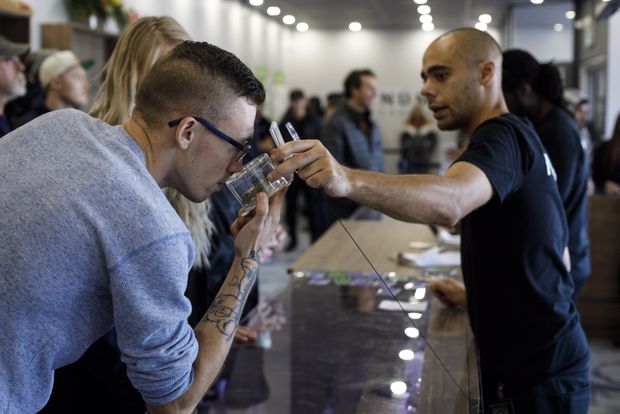 “Other provinces have no experience with this, they are starting from scratch. If I could give them free advice, they should come here and ask the AGLC for its playbook. If it’s not broke don’t fix it,” Mr. Burns told The Globe and Mail.

With Alberta planning to restrict retailers to owning no more than 15 per cent of stores, Alcanna is looking to expand to B.C., where the government there will operate stores but will also allow private retailers to open. The company is interested in Ontario’s market as well. After his election, Premier Doug Ford reversed his predecessor’s plan to open a government cannabis monopoly under the LCBO and will license private stores starting next year. Mr. Burns said he is also looking at Quebec’s market, where newly elected Premier François Legault has mused about allowing private retailers.

Cannabis consultant and lobbyist Jamie Shaw, said that Alberta and neighbouring Saskatchewan, which has embraced a nearly full privatization of cannabis retail, have had the smoothest rollouts of their first stores. 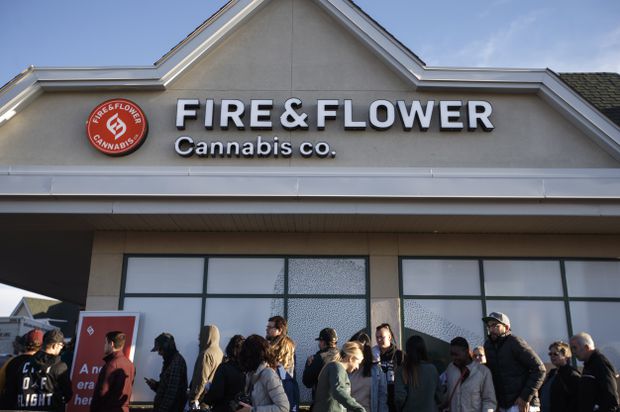 “The big concern for Alberta is whether they’ll have an adequate amount of supply. Smaller provinces, especially in the Maritimes, have already had issues with shortages. If they can meet the demands of all those new stores, with only intermittent shortages, Alberta will have secured a strong supply,” said Ms. Shaw, who represents a dozen aspiring retailers across B.C., Alberta and Ontario.

The AGLC has already warned that it expects supply shortages over the next few months as cannabis producers continue to increase their levels of production.

Along with supply, Mr. Burns said he expects the first year of legalization will be difficult for new retailers as they combat a black market that can often sell cannabis cheaper. Alcanna won’t make a profit off cannabis in its first year, he said, despite enjoying profit margins of nearly 20 per cent on sales. 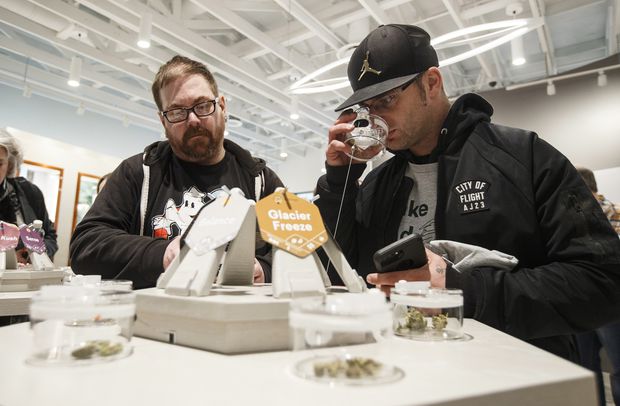 “Anyone who thinks there are gold nuggets on the ground in the first year are in for a surprise, this is going to be tough,” he said, adding that he sees the black market as his main competitor, not other legal stores. “These aren’t nice people, they aren’t going to turn their keys over. They aren’t going to go away, but we’re a big company, we know how to do this and we’ve got the staying power.”

While a number of retail chains have already emerged, including Nova Cannabis, NewLeaf Cannabis, as well as Fire and Flower Cannabis, Ms. Shaw said it won’t be clear over the first year whether any players may come to dominate the market.

She expects new chains will appear while existing ones will merge or link up as the market matures. “It’ll look so different a few years from now, as the players change and there will be more product diversity,” she said. 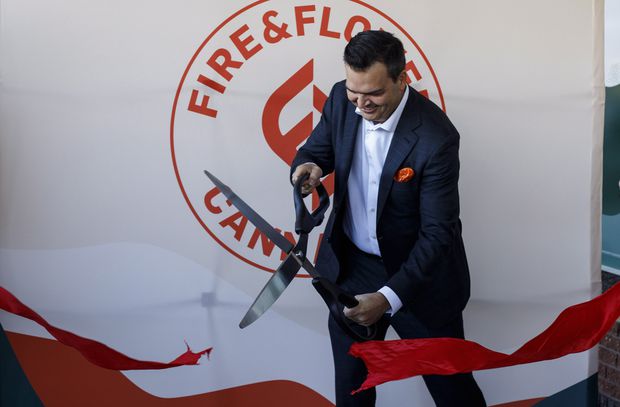 vamtam-theme-circle-post
 Category cannabinoids Cannabis CBD News
So you have heard about cannabidiol (CBD) gummies, but how do you find the best?...
Read More
 Category Cannabis Cannabis Grow Lights News
When it comes to grow lights, there are different options on the market, so doing...
Read More

Three Medical Marijuana Ballots Will Be On The Missouri Ballot In November5 Tips For Cannabis Brands To Creatively Overcome Marketing Challenges