New York is getting closer to legal marijuana.

On July 13, the state Health Department issued a report recommending legalization of the drug, and Gov. Andrew M. Cuomo suggested that it was not a question of if, but when legalization would happen in New York.

The move followed a change in policy in New York City. In June, Mayor Bill de Blasio announced that the city would hand out tickets to some people caught smoking pot instead of arresting them.

But before New Yorkers break out their gummies and vape pens, here’s an explainer on what’s changing and when.

How illegal is marijuana in New York City, really?

Despite what you might smell on the streets, it’s still illegal. Marijuana possession and use in most cases are still outlawed under both federal and state law.

Beginning on Sept. 1, the New York Police Department will begin issuing tickets for people who smoke weed in public instead of arresting them. They can still be arrested, however, if they have an open arrest warrant, are on parole or probation, don’t have identification, have been convicted of a violent crime, or are considered a threat to the public — like those caught smoking behind the wheel of a car.

What are these tickets?

The tickets are criminal court summonses, which means you have to show up in court and issue a plea. Fines are up to judges. But as an example, on a first offense, a summons for unlawful possession of a small amount of marijuana can mean a fine of up to $100. That charge is technically a violation, not a crime, so the summons would be sealed at the end of the case, a court official said. 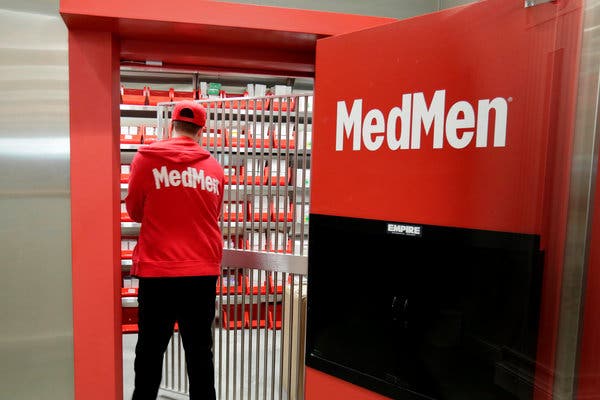 Haven’t I heard this before?

Sort of. In 2014, the mayor announced a similar plan to issue summonses instead of making arrests for carrying around marijuana. The new plan adds public smoking to the exemption.

How does it work?

Medical marijuana became legal in New York in 2016, and although the law has expanded over time, it is seen as unusually restrictive. Currently, only 12 conditions qualify for medical marijuana use; the drug may not be smoked (vaping is allowed, but not in public); and there are only 21 active dispensaries in the state and five in New York City, including a luxury store on Fifth Avenue that opened in April. Those looking to use medical marijuana can become certified for the program by a registered practitioner, like a doctor, physician assistant or nurse practitioner. Users register with the health department, receive a card and buy medical marijuana from a registered dispensary.

The city’s rationale for the current marijuana arrest level — around 17,500 people per year — has come under scrutiny. The district attorneys in Manhattan and Brooklyn announced plans last month to stop prosecuting the vast majority of people arrested on marijuana charges, citing, in part, the racial disparities that exist in the city’s marijuana arrests. The Police Department had defended those arrests, contending that they were based on complaints from residents. But a New York Times analysis showed that theory didn’t hold up. The analysis found that, among neighborhoods where people called about marijuana at the same rate, the police almost always made arrests at a higher rate in the area with more black residents.

What about the rest of New York State?

It just moved another step closer legalizing recreational marijuana. Gov. Andrew M. Cuomo’s 2018 budget called for a study of the pros and cons of legalizing pot in the state. On Friday, the Health Department released its report: The state should allow adults to legally consume marijuana, and impose taxes at about 7 to 10 percent.

It was a quick turnaround for the administration of Mr. Cuomo, who just last year called marijuana a “gateway drug.” Cynthia Nixon, who is running against the governor in the Democratic primary, has made full legalization a major policy plank in her campaign.

Even if the governor supported legalization, it would still need to be approved in the State Legislature. The Republican-led Senate has signaled it is less keen on the idea than the Democratic-led Assembly. Here in the city, the policy of tickets in lieu of arrests goes into effect Sept. 1. Mr. de Blasio said the new policy would cut arrests by about 10,000 a year.