The marijuana industry scored a major victory on Wednesday, as the House of Representatives voted to let federally-insured banks work with cannabis shops and related companies in states that have legalized marijuana.

This was the first-ever vote on a stand-alone cannabis bill – which is known as the Secure and Fair Enforcement (SAFE) Banking Act – and it passed the Democratic-controlled chamber by a 321-103 vote and on bipartisan lines, as 229 Democrats, 91 Republicans and one independent voted for it, while 102 Republicans and one Democrat voted no.

“This must be a first step toward the decriminalization and de-scheduling of marijuana.”

Rob Nichols, president and CEO of the American Bankers Association, and Jim Nussle, president and CEO of the Credit Union National Association, in an opinion piece for FOX Business, argued for the bill noting, “Passing the SAFE Banking Act would mark a step forward for public safety in this country and would give financial institutions the certainty they need to fully support their communities. It would also demonstrate that Congress can still come together to solve the nation’s challenges.”

Next up is the Republican-controlled Senate, where it could be amended to gain passage. Its bill has 33 cosponsors, which means that a third of the chamber is now formally signed onto the legislation, counting its main sponsor Sen. Jeff Merkley, Democrat from Oregon. It is not clear if President Donald Trump would sign any version that reaches his desk. 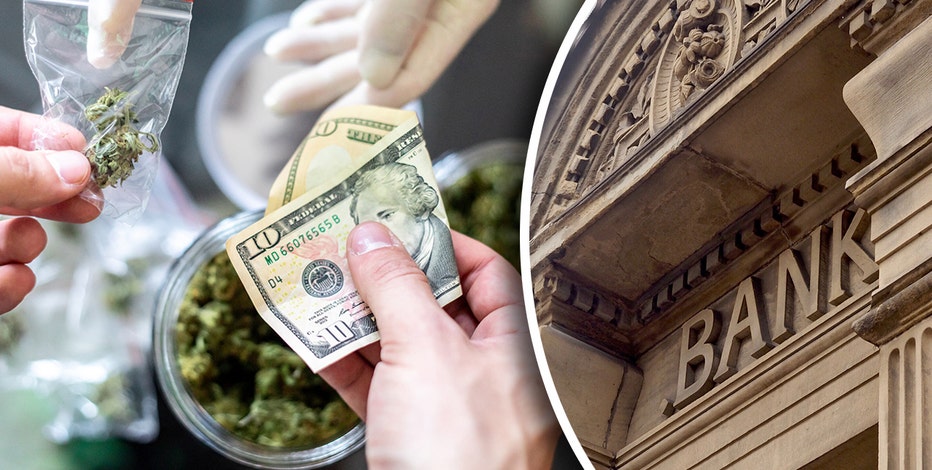 Marijuana is legal in the District of Columbia and 11 states – Alaska, California, Colorado, Illinois, Maine, Massachusetts, Michigan, Nevada, Oregon, Vermont and Washington – but it still remains illegal under federal law, something a leading Democrat sees this bill influencing.

“I am proud to bring this legislation to the Floor, but I believe it does not go far enough,” said Majority Leader Steny Hoyer. “This must be a first step toward the decriminalization and de-scheduling of marijuana, which has led to the prosecution and incarceration of far too many of our fellow Americans for possession.

Democrats said they added provisions to the bill that they hope will bring some GOP senators to their side. Backers from both sides of the political aisle also hope that increasing public support to legalize the recreational and medical uses of cannabis might sway senators up for re-election in 2020. Nevada Rep. Dina Titus (D) tweeted in celebration of passing.

As did, Rep. Deb Haaland, who represents New Mexico’s first district and was a co-sponsor of the bill: “Access to safe banking is a big deal for the businesses and employees in New Mexico who work in the cannabis industry.”