There are many arguments for cannabis legalization — the medical benefits, the social justice concerns, the fact that it makes concerts better — but arguably the one actually driving legalization is the economic argument. If you’ve watched or read anything about cannabis in the past year, you’ve likely heard someone say “green rush,” and anytime you hear finance people use the word “rush,” you know there is money to be made. With the Canadian market — now the largest legal market in the world — estimated to be worth $5 billion, it’s no wonder cash-strapped communities at every level are giving legal cannabis a try, especially as public opinion appears to be shifting rapidly in favor of legalization. According to a Pew Study published in September, 62% of Americans support legal cannabis. That’s double what it was in 2000.

With now nine states and Washington, DC, allowing cannabis for recreational use (and another 30 with medical marijuana markets), the legal market in the US is already showing substantial economic promise. Colorado State University’s Institute for Cannabis Research recently released an impact study of cannabis legalization on their community in Pueblo County. The researchers found that “direct and indirect economic impact from the sale of adult use cannabis products… amounts to a projected $80.874 million in calendar year 2017.” Describing the overall impact on the community, the group writes:

The Pueblo cannabis industry, along with much of the rest of the State of Colorado cannabis industry, has enjoyed robust growth. Investment has been made, new construction has occurred, jobs have been created, tourism has pumped millions of dollars into our economy, and governments have collected large amounts of tax… When compared to other similar communities in states where cannabis is not legal in any form, Pueblo appears to be doing better on a number of measures.

To cities and states across the United States trying to balance their budgets, the economic benefits of cannabis can’t be ignored.

If you wanted to identify a moment when the economic argument started to gain favor with the people who make our laws, a good case could be made for a 2005 policy paper titled “The Budgetary Implications of Marijuana Prohibition,” written by Harvard and Cato Institute economist Jeffrey Miron. Rather than argue for legalization, Miron’s paper instead points out why prohibition of cannabis makes no sense, at least economically speaking. Basically the argument is this: cannabis is popular(the black market in North America alone was estimated to be worth $46 billion in 2016); the cost of enforcing its prohibition is costly; and while it’s illegal, the government is throwing away tax revenue. According to Miron’s calculations, legalizing cannabis at the federal level “would save $7.7 billion per year in government expenditure on enforcement of prohibition” and — using data gathered on the black market in 2005 — yield a “tax revenue of $2.4 billion annually if marijuana were taxed like all other goods and $6.2 billion annually if marijuana were taxed at rates comparable to those on alcohol and tobacco.”

The argument itself is compelling — any argument with the word “billion” usually is — but the real impact of the paper came when a group of over 500 economists—including Nobel Prize winner and guy-you-least-expect-to-be-420-friendly Milton Friedman—endorsed it and sent it directly to President George W. Bush. “We, the undersigned, call your attention to the attached report by Professor Jeffrey A. Miron,” the letter begins, before summarizing the economic benefits: how much it would save in enforcement, the tax revenue.

To understand why Friedman would advocate for pot smokers, you need to understand his brand of “free market capitalism,” which is a direct descendant of Adam Smith’s ideas in The Wealth of Nations. “Adam Smith’s flash of genius,” Friedman wrote in his 1980 book Free to Choose, “was his recognition that the prices that emerged from voluntary transactions between buyers and sellers — for short, in a free market — could coordinate the activity of millions of people, each seeking his own interest, in such a way as to make everyone better off.” For economic thinkers like Friedman, Smith, and the framers of the US Constitution, the operation of a free market—rather than, say, a centralized authority like the former Soviet Republic—is the most effective way to organize a society as large as the United States. Simply by allowing citizens to voluntarily buy, sell, and produce whatever they want (or can) in an attempt to improve their individual situation in life, the society magically produces all the things it needs to operate and grow: food, housing, clothing, entertainment, Crocs. All of it. There’s no central authority planning out all these products and services. We make Crocs when we need ’em through the free market, itself a sort of economic wisdom of crowds.

The government’s role in all this is mostly to stay out of the way. Any government meddling, according to Friedman — even that done in the name of consumer protection — merely increases the size of government and kills economic growth. This is why free market economists hate prohibition of anything, including cannabis. Not only does it disrupt the operation of the market — which if left alone, they argue, would find equilibrium on the prohibited object — but it more often than not also creates a black market, which, under free market reasoning, equals unproductive money, money siphoned out of the national economy and into criminal organizations and other countries. A black market is a tumor on the otherwise pristine free market economic organism.

Americans have seen this play out before with alcohol, of course. In 1919, strong political pressure from a well-organized, morally driven temperance movement impelled Congress to pass the Volstead Act, prohibiting the sale of alcohol inside the United States, and, of course, also fueling a rampant black market run by organized crime (Al Capone and all that). So while the motivations of those in the temperance movement were moral and religious in nature, the consequences of Prohibition created a moral (and eventually economic) crisis. As Milton Friedman wrote,

Prohibition didn’t stop drinking. It did convert a lot of otherwise law-obedient citizens into lawbreakers. It did confer an aura of glamour and excitement to drinking that attracted many young persons. It did suppress many of the disciplinary forces of the market that ordinarily protect the consumer from shoddy, adulterated, and dangerous products. It did corrupt the minions of the law and create a decadent moral climate. It did not stop the consumption of alcohol. 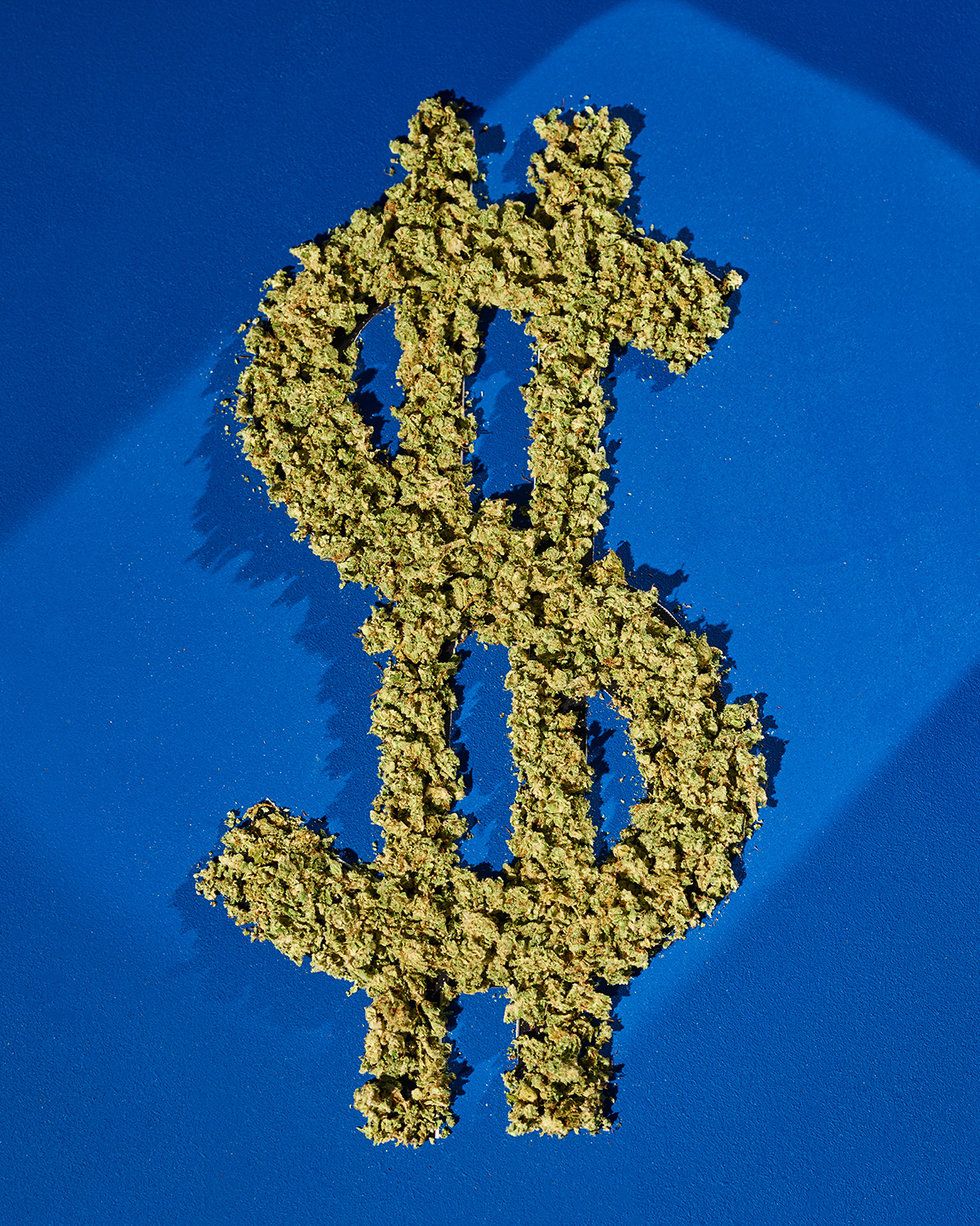 It may not have stopped consumption, but it did stop the tax revenue that came from consumption, and so when the Depression hit in 1929, all those dry states wanted their liquor money back. With opposition to Prohibition mounting and a number of states financially unable to even enforce the prohibition rules, the country ratified the 21st amendment in 1933, repealing Prohibition and reopening the liquor industry.

In one of those government-flapping-its-wings moment, the repeal of Prohibition also left the federal agencies built to enforce Prohibition — most notably the Federal Bureau of Narcotics led by Harry Anslinger — in the position of needing to justify their existence. As Johann Hari writes in his book on the war on drugs, Chasing the Scream,

From the moment he took charge of the bureau, Harry was aware of the weakness of his new position. A war on narcotics alone — cocaine and heroin, outlawed in 1914 — wasn’t enough. They were used only by a tiny minority, and you couldn’t keep an entire department alive on such small crumbs. He needed more.

He found the “more” he needed in marijuana. Starting in the 1930s, and fueled by anti-immigrant attitudes, the government ramped up its crackdown on the plant (Reefer Madness, etc.), and so here we are again: a thriving black market; individuals and states openly flouting federal law; a government in fiscal crisis; a repeal movement driven by an economic argument.